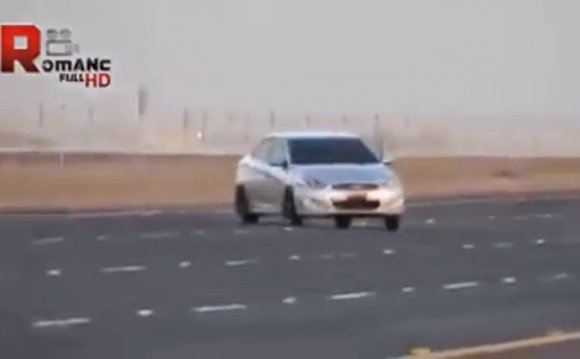 Dearborn’s message seems to be that a well-equipped Edge is going to set you back $45, 000, so where would you prefer the money be spent? The upcharge for the 3.5-liter is only $425; on this car, that was set aside in favor of the $395 Bronze Fire paint, which is one of the prettiest factory paint jobs we’ve seen on a non-luxury-brand vehicle. Otherwise, it had the same equipment as the V-6 Titanium, the only other big distinction on the window label being that the EcoBoost gets better fuel-economy ratings (20/28 mpg), beating the V-6 by 3 mpg both in the city and on the highway.

The 35-hp gap between the EcoBoost four-cylinder and the 3.5-liter V-6 doesn’t loom large considering that the smaller turbo engine has a 25 lb-ft torque advantage that also peaks 1000-rpm lower on the tach. At the track, the difference is that the four requires 0.6-second longer to reach 60 mph, taking 8.3 seconds. For comparison, Kia’s lighter, slightly less roomy Sorento with a turbo 2.0-liter managed 8.0 seconds flat.

In the quarter-mile, the difference between this EcoBoost and Ford’s V-6 shrinks to only 0.1 second and 3 mph. The four delivers slightly better 50-to-70-mph passing acceleration (5.5 seconds versus 5.8) but takes a little longer than the V-6 to get from 30 to 50 mph. Both are mated to a six-speed automatic (but with different gearing), which can be sluggish on downshifts even if the driver commands them through the standard paddles. The transmission did seem to respond a little better to this car’s beefier torque output than it did with the six.

Neither gets anywhere near the Sport’s acceleration performance (5.6 seconds to 60 mph), but this 2.0-liter example suggests that the mediocre performance of the 3.5-liter model in cornering and braking was an anomaly. With the same tires on the same-size wheels (20-inchers, a $995 option over the standard 19s), this one stopped from 70 mph in 175 feet and cornered at 0.81 g, both numbers much closer to the Sport’s (176 feet and 0.83 g) than the earlier Titanium could manage (187 feet and 0.78 g). In routine driving, it’s comfortable and agile enough, without any real vices but no particular eagerness, either.

The navigation and infotainment systems did not use the latest Sync 3 system that could arrive on 2016 models. Instead, this car had the last generation of MyFord Touch. We’ve not been fans, but our earlier complaints about that system have been addressed with redundant physical buttons to supplement the glitchy voice-command and buried touch-screen menus, and we had no real issues with operating this car’s systems.

With the Class II trailer-tow package ($435) on this example, the EcoBoost four has the same 3500-pound trailer-tow rating as the V-6 model, so there’s nothing to choose there unless you’re eyeing a Sport—Ford doesn’t offer the tow package with the 2.7-liter EcoBoost, so it maxes out at 2000 pounds.

Anyone looking for entertainment at the wheel of a $45, 000 Edge should nevertheless opt for the Sport. The buyer who wants the luxury version may not be of a mind-set to accept a base engine, especially one with only four cylinders, but it would be a respectable decision. At lower trim levels, though, the 2.0-liter is probably the best choice.