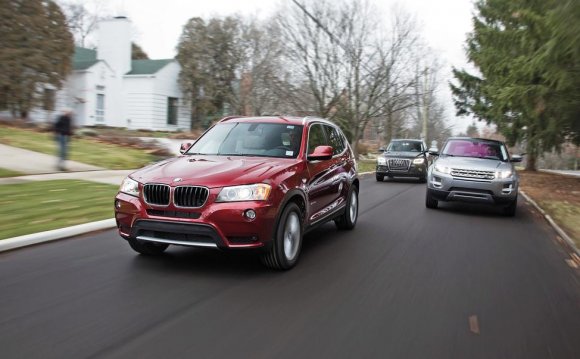 Let’s start the proceedings with a couple of toasts. First, here’s to the ancient Chumash Indians, the name of whose little creekside California hamlet of Humaliwo got boiled down by the tongues of the conquering Spanish into the word Malibu. And here’s to the widow Rhoda May Knight Rindge, or May to her friends. The last owner of the 17, 000-acre Rancho Malibu, she battled the burgeoning Los Angeles County to stop its plans for a coastal road through her property. But back in 1919, L.A. got what L.A. wanted, and the Pacific Coast Highway was born as the Roosevelt Highway. Luckily, Rindge did not live to see the banks of her beloved Malibu Creek developed with outlets for Starbucks and Yogasmoga. Nor, indeed, did she live to see the mid-size Chevy Chevelle that took the rancho’s name in 1964.

Why all the fuss over Malibu in this test of four mid-size sedans? No particular reason, except that we decided to take the new Malibu and its most formidable competitors to Rindge’s old, sunny seaside homestead, where the miles of good road are today outnumbered only by the suntanned utopians carrying their teacup Maltipoos.

Mazda’s 6 is always a sales underdog, a brand-B pick that is still built in Japan and still living in the shadows of giants. More than seven Toyota Camrys get sold for every Mazda 6. But the 6 is a former comparo winner and 10Best awardee. If the Malibu is to earn space on the zestier side of the family-car menu, it’s the 6 that it will have to contend with. The current 6 debuted in 2014 but got an update for 2016 that includes a fancier interior. Of the three trim levels available, our Touring is the middle one, with a 184-hp 2.5-liter four and a six-speed automatic. Our sleek test car arrived with just one option: $300 Soul Red paint.

And speaking of the big C, here comes the sales champ, natty in a swish blue robe and rolling on 18-inch aluminum wheels with black accents. This Lawrence Welk of Toyota Camrys—ouch, okay, maybe this Lady Gaga of Camrys—is an SE, with the wheels, Blue Streak Metallic paint, and blue seats and blue-glowing gauges (you gotta really like blue) that are all tossed in with the $1875 Special Edition package. If you don’t fancy blue, pearl white is also available. Our one option, an entertainment-and-navigation suite, costs $525.

Thus, the Malibu must contend with two market giants in the Accord and Camry and a left-field challenger in the 6. The hugely competitive mid-size segment is home to scores of other entries. But we’ve bypassed the Sweet 16 and gone straight to the Final Four. Some of the slighted competitors will get a chance in the future to face the winner of this comparo, so we’d better get on with the business of picking one.