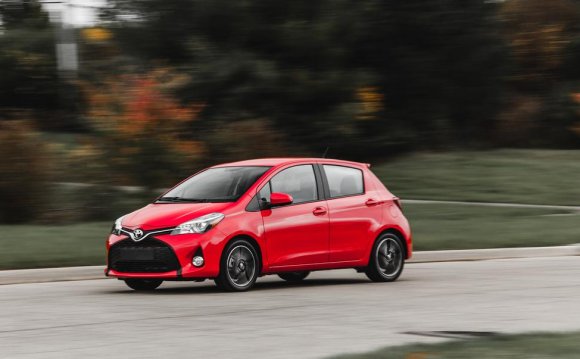 Only a single American car earned the highest safety rating in the Insurance Institute for Highway Safety’s latest round of crash tests. The underlying message to automakers, as tougher criteria shut out many high-scoring 2015 models: Make automatic-braking available and keep strengthening those frames.

In total, 48 2016 models garnered the highest, Top Safety Pick+ rating. The Chrysler 200 was the only domestic car on that list, owing to its “good” (highest) score in the small front overlap, moderate front overlap, side, roof, and head-restraint tests, plus its offering an optional automatic-braking system that scored either an “advanced” or “superior” rating (the 200 scored “superior, ” which indicates it can successfully prevent a crash from higher speeds). Those ratings qualify a car for the TSP+ slot.

Last year, the criteria were easier. Cars that scored “acceptable” on the small front overlap test—which clips a quarter of the car’s frontal area and required automakers to stiffen their driver’s-side structures to minimize cabin intrusion and A-pillar buckling—still were allowed the TSP+ rating. The regular Top Safety Pick used to have the same requirements, but without any stipulations for collision avoidance. Now, a 2016 model earning TSP must offer frontal-collision warning (but not auto-braking) as optional or standard, and also must earn a “good” rating in the small overlap test. Likely, all cars will have collision-warning and auto-braking systems mandated by 2019 when new federal regulations go into effect.

Toyota and Honda tied for the most 2016 TSP+ and TSP awards, with nine each (with all Hondas save the Honda Odyssey in the Plus category). Every 2016 Subaru and Volvo model made TSP+ (with the exception of the Volvo XC70, which oddly has not been tested by the IIHS). Seven Volkswagen and Audi models, including the Golf and A3, hit TSP+.

But it’s worth remembering that cars that don’t offer an auto-braking system and thus earn only a Top Safety Pick rating are just as structurally sound in IIHS testing. Five American cars also scored high enough to earn a spot on the TSP list: The Buick Encore, Chevrolet Sonic, Chevrolet Equinox, GMC Terrain, Chevrolet Malibu Limited (but not the new-gen Malibu), and Ford F-150 SuperCrew. So did the 2016 Kia Sedona, Sorento, and Soul.

The IIHS tests as many as 80 vehicles per year—purchased from dealerships—and it’s up to the manufacturers to send the cars they think will qualify. Some models, like the BMW 3-series, Cadillac CTS, and Acura TLX, failed to earn either award; they all scored “marginal, ” or one step up from “poor, ” in the small front overlap test. The Toyota Highlander and Sienna, which last year earned TSP+, fell off the list this year, for failing to reach the higher “good” bar in that same crash test. High-end luxury cars such as the Mercedes S-class, for example, are almost never tested.