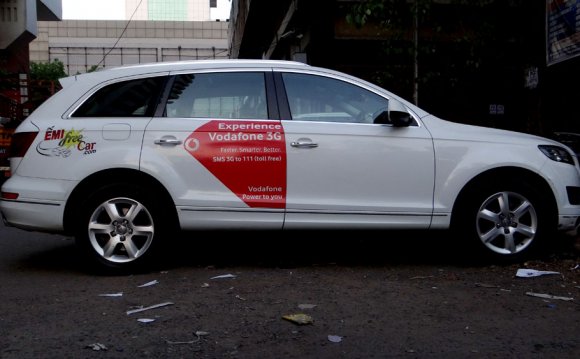 When my parents handed me the keys to my 2001 Ford Escort ZX2 at the ripe old age of 16, I felt an instant sense of freedom. Being able to go anywhere without asking for a ride from my mom or older brother gave me my first taste of adulthood. I know the feeling of independence of owning your own destiny impacts almost all drivers because I recognize this passion in the researchers and car restorers who visit our reading room.

And freedom would have resonated with early car consumers too, especially women. After gaining the right to vote with the passage of the 19th amendment in 1919, many women felt for the first time that they had a political voice and were therefore empowered to fight for equality in other areas. Of course, many women, especially women of color, saw emancipation fleeting, as they were either barred from voting or secluded in the private sphere. Still, for many women, the feelings of accomplishment were overwhelming, and advertisers in the United States’ emerging modern consumer economy took the chance to capitalize on the freedom motif.

The newest, most revolutionary, most popular item on the market was the automobile, and auto companies sought to reach out to female consumers using shiny new cars as the greatest symbol for female enfranchisement. These ads reflect the duality of the discourse on women in the country: both free yet still bound to feminine stereotyping.

This 1925 Ford advertisement features a charming image of women driving their Model T to meet friends for a golf outing. Many advertisements connected their product to the leisure of a middle-class lifestyle, leaving women of color and working women out of the picture. The message Ford Motor Company wished to embody: owning a car will allow you to achieve middle-class status.

“It enables them now to do things and to go places that had hitherto seemed out of the question.”

This statement expresses the general sentiment of the time that many women were moving into new and exciting territories. As the 1920s progressed, highlighting the ability of the Model T to allow women to pursue independence became a popular theme in Ford advertisements. Notice that Ford tells women that they can “drive this easily-handled car themselves” and not need a man to escort or help them. Although this advertisement obviously relies on stereotypes of feminine weakness, the overall message is that feminine weakness does not prohibit the modern woman from achieving equality.

Another Ford advertisement from 1925 that features a woman using her Model T to explore the outdoors. In this image the fabulously dressed woman could be anywhere, stepping out of her car with confidence and joy. Again, her white gloves and fur coat signify all the trappings of Jazz Age extravagance.

“By owning a Ford car a woman can with ease widen her sphere of interests without extra time or effort.”

In this advertisement Ford once more points out the ways that a Model T can help women move beyond home. Unlike the previous ad that associated the car with female autonomy, this ad links a woman and her domestic duties. With this ad Ford targets older women who use their car not to golf or enjoy leisure activities but to conduct daily errands. The suggestion is that with a Model T, a woman with a family can quickly and efficiently complete the tasks within her sphere while still remaining independent from her husband.

A 1926 Ford Advertisement celebrating the “torque tube drive” found on the Model T. This black and white advertisement emphasizes the technical advantages to driving a Ford.

Not every Ford advertisement featuring women played on traditional stereotypes. This ad, though not as flashy or colorful as others, shows off the Ford’s mechanical assets rather than its association to style or sophistication. Although it might seem strange that a technical ad would feature women drivers and passengers, there are many advertisements like this that do not simply link female car ownership to accepted domestic behavior. One reason might be audience, as this ad ran in publications like the Saturday Evening Post and Collier’s and had to resonate with men as well as women. At the same time, there were many women who were interested in the mechanical aspects of automobiles and Ford reached out to these consumers with ads like this.

Notice the difference between this ad (which features the newly unveiled Model A) and the ads for the Model T. The imagery in this 1928 Ford advertisement feels modern with its art deco lines and tall, slender woman wearing the latest flapper-esque fashions. The red brick house in the background looks like one found in the Indian Village neighborhood in Detroit. The atmosphere, still one of elegance, reflects the Model A’s message: This isn’t your mother’s Ford.

When interest and enthusiasm for the Model T waned in the mid-1920s, Ford Motor Company stopped production on the world’s most popular car and in December 1927 debuted the 1928 Model A. The new Ford was a beautiful car, modern and stylish, and the advertisements followed suit. This ad relies heavily on a distinct gender binary by focusing on the different features of the Model A that would appeal to men and women. “Men will admire the colors of the new Ford, but only a woman, from her fuller knowledge of clothes and style, will realize that they are colors that will not tire.” This statement perfectly exemplifies the attitude in auto advertising that still continues to this day, namely relying on the assumption that men buy cars based on speed and horse-power, while women focus on aesthetics and comfort.

This artful image of two women speeding along a mountain highway in their 1928 Model A embodies a sense of freedom. These daring women are shown driving their car on their way to some unknown destination, and the dynamic composition creates an air of movement and possibility.

While the last advertisement reflects gendered biases towards consumers, this advertisement demonstrates a very different message. Here the main focus is not the women in the picture or specifications given in the text; no, the feeling I get when I look at this advertisement hearkens to that first experience of autonomy, driving my own car at age 16 with nothing but the road in front of me and endless possibilities of people, places and experiences surrounding me. In 1928 this feeling of freedom and independence would have resonated with all drivers regardless of gender, class, race or creed, as it still does today.