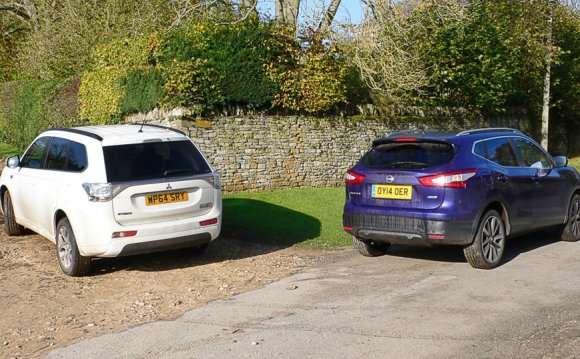 The 1.6 diesel and 1.2 petrol aren’t quite so efficient, and you’ll find it harder to get near the official figure in the petrol than you do in the diesels, simply because of the way you have to work it harder in everyday driving.

Most costs are reasonable and it holds its value very well

The Qashqai is priced a little higher than conventional family hatchbacks, such as the Ford Focus and Vauxhall Astra. But it shouldn’t cost you any more in the long run because it will be worth far more when you come to sell it.

These strong resale values also make it reasonably cheap to lease or buy on finance, and insurance and road tax costs are competitive. It won’t be cheap to service, though.

We’re still waiting to see how the latest Qashqai performs in crash tests, but the signs are promising because its predecessor was awarded the maximum five stars by test body Euro NCAP.

As in most modern cars, there’s a stability control system that can reign in the engine’s power and brake individual wheels to help you stay in control in poor conditions. What’s more, the Qashqai gets the usual six airbags: four that protect those in the front, plus two that run the length of the car at window level.

Acenta Premium and Tekna models also come with a Smart Vision pack, which includes systems that warn if you’re straying out of your lane or in danger of having a collision, as well as front and rear parking sensors. This pack is a relatively affordable option on lesser models.

Most Qashqais come with lots of luxuries

The cheapest version of the Qashqai, the Visia, lets you make phone calls and play your iPod music through a Bluetooth connection, plus it comes with air-conditioning and cruise control.

Even so, it’s worth upgrading to the next version, the Acenta; this adds lots of desirable features, including alloy wheels, automatic lights and wipers and a dual-zone climate control system that lets the driver and front passenger set different temperatures.

The Acenta Premium model is also worth considering because it brings a reversing camera, a panoramic glass roof and some additional safety kit, but range-topping Tekna Qashqais cost silly money.

Nissan offers numerous wheel designs that help you personalise your car, along with exterior styling treatments that make it look more like a serious off-roader.