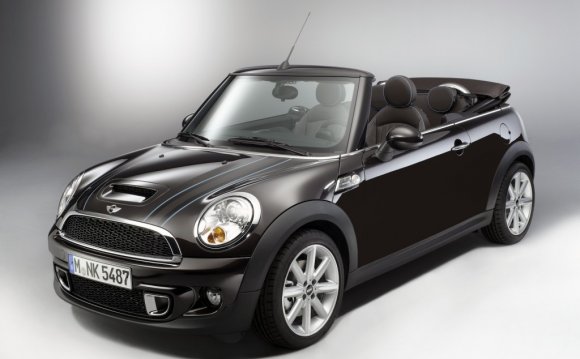 We asked CR to release the complete crash test results for each seat – rather than an averaged assessment for each seat. Other ICRT members release complete crash test results. To the right is a screenshot of a rating from Which UK for a car seat that can be a forward-facing 5-point harness, and then becomes a high back booster, and then a backless booster. While the overall rating for this seat looks bad (just 1 star) a parent can learn a lot about the best way to use their seat by looking at this. They can see that it performs well in a crash as a 5-point harness (4 stars), but not as well in the booster modes (1 or 3 stars). Therefore, a parent can make an educated decision to continue using this seat in harnessed mode – perhaps passing it down to a younger child who needs a harness and getting a different booster for the older child – instead of switching this seat to booster mode and buying a new harnessed seat for a younger child.

A convertible car seat in the US has 9 different installation methods (see below).

Here are the configurations that CR used for testing convertibles

It is likely that some methods offer superior crash protection than others. With CR’s ratings it is impossible to know how the seat did in each of these methods as each convertible seat simply receives one score of Basic, Better, or Best for its crash performance. CR doesn’t even divide the ratings by rear-facing & forward-facing!

Why should you care? If you were buying a car seat and knew you’d be installing it in the center of your car with a lap belt, wouldn’t you want to know which car seat performed best in that situation? If you have captain’s chairs in your minivan and could install with either LATCH or the shoulder/lap belt, wouldn’t you want to know if the car seat you bought offered better crash protection with one of these installation methods than the other? Rigid LATCH systems are rare in the US (but very common in Europe) and have ease of installation and safety benefits in a crash… and if parents were to see that there was better crash performance with these seats we may see more manufacturers offer this in the US. A more complete sharing of the data would undoubtedly be in the consumer’s interest.

Since the ultimate consumer interest is that every car seat is the safest possible, this can only be achieved if those designing these car seats have all the tools necessary to design the best seat. Bringing a car seat to market is a mulit-million dollar investment as the tooling alone can run upwards of a million dollars. As such, today’s car seats are designed and crash tested on computers many times before the physical product is even built. Using 3D CAD (Computer Aided Design) data and FEM (Finite Element Modeling) the child car seat manufacturers can learn how the car seat they are developing will perform under various crash testing conditions – and modify the design of the seat before the tools to build it are even made. Once the tools are made, it is often cost-prohibitive to make changes to the seat for a while.

When European ICRT organizations report their ratings for car seats, it is based on the widely accepted and respected ADAC crash test results for car seats. While some of the European ICRT organizations also have their own crash pulse for further testing, one common thread amongst all testing done in Europe is that it is done on the same crash test bench as required to meet European standards (R44/R129). This European bench has a stiffer cushion than the FMVSS213 bench – so it would have been reasonable for CR to simply use the European bench, rather than inventing their own. Car seat manufacturers have access to the CAD data for the European crash test bench.

Child car seat manufacturers in Europe have access to all the pulse variants & CAD data for the ADAC crash test and as such can run Finite Element Analysis (FEA) on their seats and ensure that the new seat they are designing, or the modifications they are making to an existing seat, will achieve the best results in a real crash test.

If CR was truly interested in manufacturers being able to build the best seats possible – with the underlying assumption that their new crash test will show which seats are the safest – then they would release their 3D CAD data of the crash test bench & crash pulse geometry to the child restraint manufacturers. Until then all we can conclude is that they are more interested in selling magazines to parents as it is more sensational to say that some seats do worse than others… because putting out a magazine where all the car seats achieved the highest rating just wouldn’t be as sensational.

Put these results in context

CR tested only in frontal impacts. In the real world, side impacts are the most likely impact to cause injury to kids (frontal crashes are 2nd) – and most side impacts are not 90 degree T-bones, but rather at an angle which means that there is both forward movement and side-to-side movement of the car seat in the crash. Performance in an oblique (not 90 degree) side impact might be where we see true differentiation between the protection offered by various car seats.

What do we make of CR’s results?

Many of CR’s ratings – specifically regarding ease of use and ease of installation – are highly subjective, and therefore lack scientific rigor. The Car Seat Lady installs several thousand car seats every year… which is probably more than any other group in the country (or close to it). We have a depth and breadth of experience with different car seats in different vehicles spanning 2 decades.

We continue to be troubled by the fact that seats earning poorer crash test ratings can still receive a significantly higher overall score than those with better crash test performance. Nonetheless, it is important to remind everyone that even seats that receive a “Basic” rating for crash protection still meet the government’s standards AND will offer good protection to a child in a crash – we know this from real world crashes.

ALL seats will work best and offer maximal protection when used properly – and the misuse rate is astronomically high for ALL seats (even the ones that CR rated as easy to install). So make sure that whatever seat you have for your child is installed properly AND the child is buckled properly on every trip.

When to switch to a convertible?

In cases where there was head contact, no additional tests were run on that same seat with the same installation method to assess the repeatability of this finding. We therefore wonder if seats that did not show head contact, may in fact have shown it were additional tests run. It is impossible to draw scientific conclusions when a test is run only once.