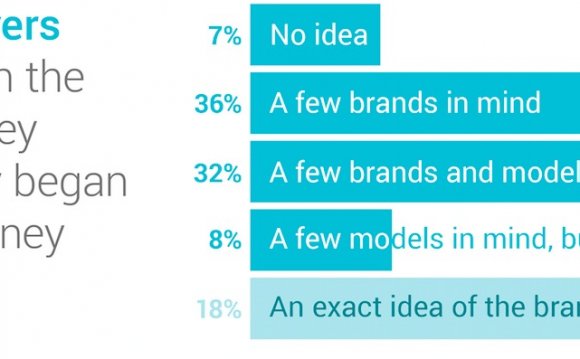 Most car buyers satisfied with their dealership experience

Overall, car buyers are largely satisfied with their dealership experiences when buying a new or used car, according to a new survey by the Consumer Reports National Research Center. But understanding key negotiating strategies could help shoppers get better deals.

Fifty-seven percent of respondents said they were very satisfied with their experience, with another 31 percent saying they were somewhat satisfied. Satisfaction rates increase with age and household income, which are probably influenced by the consumer’s accumulated experience with the car-buying process and possibly by the purchase of higher-end models. Ten percent said they were somewhat or very dissatisfied.

Despite this high level of satisfaction, the survey results reveal areas where car buyers could save more money when negotiating. With better understanding of the basic car-buying steps, consumers could get a better deal and possibly be even more satisfied with their experience.

To learn about consumers’ buying experiences at new-car dealers, the Consumer Reports National Research Center conducted a random, nationwide telephone survey from Oct. 4-8, 2007, contacting 2, 000 households. The survey data was collected from those adults who had purchased a new or used car from a new-car dealership in the last 12 months.

Virtually all (96 percent) car buyers said they got at least a fair deal on their vehicle purchase, with 33 percent citing a good deal and 33 percent boasting that they received an excellent deal. The youngest, least-affluent buyers were more likely to say they got a bad deal. No men reported a bad deal, though 7 percent of women did.

Still, 35 percent of respondents stated that during the negotiations, the member of the sales staff asked them what they could afford to pay per month. This common sales tactic is the first step down a slippery slope of being manipulated with numbers and overpaying for your vehicle. Using the monthly payment as the focus, the salesman can lump the new-vehicle price, trade-in value, and financing or leasing terms together, giving him or her too much latitude to give you a "good price" in one area while making up for it in another. We recommend that you don't take the bait. Instead, insist on negotiating the vehicle price, trade-in value, and financing terms, as appropriate, individually, so you can keep things simple and understandable.

Another common pitch respondents received was for an extended warranty. Seventy-two percent said the dealership tried to sell them one. Men got the pitch more frequently than women, yet a greater percentage of men rejected the warranty. Only 15 percent of those consumers offered an extended warranty bought the protection for the price quoted; 29 percent accepted the warranty after negotiating the cost.

While about a quarter of respondents used dealer financing, only about 10 percent felt pressed to do so. In order of popularity, financing was otherwise secured through a bank other than own, credit union, or own bank. More than a quarter did not finance the vehicle. That indicates that shoppers are smartly considering their finance options. We recommend that consumers compare interest rates at several banks, credit unions, and loan organizations before checking the dealer's rates.

In the end, 68 percent said they paid what they expected, with 16 percent spending more and 15 percent paying less. As a group, lower- and middle-income buyers and those in the Northeast were more likely to say they spent more than they expected.

A recent survey has found two-thirds of new car buyers ...