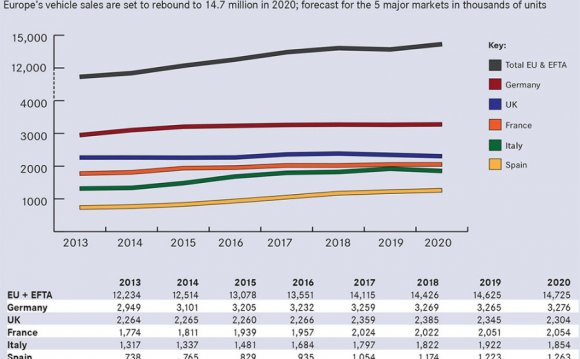 SANTA MONICA, California — Transaction prices reached a record high in 2014, averaging $32, 386 per vehicle, according to a new Key Insights report from Edmunds.com.

"Vehicle sales are skewing toward market extremes, " the report noted. "The average price we see today is from a tug-o-war between increasing vehicle performance and content and a new wave of affordability in the market."

In effect, very few consumers are paying the so-called "average price." The concept of an "average price" has become something of an industry myth.

Edmunds data shows 36 percent of new-car buyers at the low end last year paid $16, 000 to $25, 000 for their vehicle. Those buyers are opting mainly for compact cars and SUVs and midsize cars. Those vehicles include the Honda CR-V, Hyundai Tucson and Ford Fusion.

The same data showed 32 percent of new-car buyers at the high end paid $36, 000 or more. Those buyers are opting mainly for big trucks, SUVs and luxury cars. High-end vehicles include everything from the BMW X5 to the Mercedes-Benz S-Class.

Edmunds says: Car shoppers heading to showrooms should note that aggressive price jumps are caused by increased content and technology and are partly offset by more affordable options on smaller vehicles.