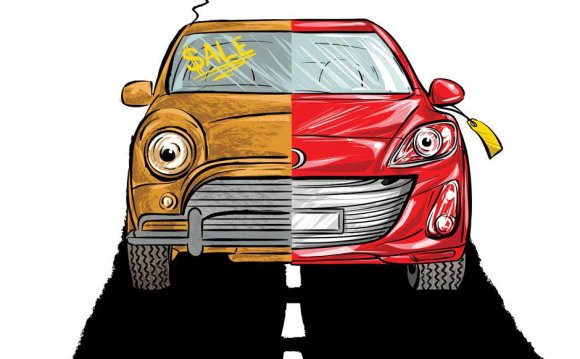 If you’re in the market to buy a new car, one easy check is to look at the top of the sales charts. There, you’ll find that the top-selling passenger cars in Canada are all compact front-wheel-drive, five-passenger, four-door sedans.

But which of these best-sellers is the best value?

For our comparison, we specified cars with base engines. But added ‘basics’ like air conditioning, electronic-stability control (which becomes mandatory for 2012), and automatic transmissions.

We then measured each in the categories of price, interior design, room, ride and handling, â€œcityâ€ fuel economy ratings, and power:

Redesigned for 2009, Toyota has applied some minor exterior and interior styling changes, and made previously optional safety kit standard to its 2011 Corolla.

Despite the minor updates, the Toyota compact was No. 2 in Canadian sales in March, behind only the top-selling Civic.

Excellent fuel economy, and an inoffensive driving personality seem to be the keys to Corolla’s continuing popularity.

The Honda, Hyundai and Chevrolet beat the Corolla CE’s $18, 525 price, while the Civic and Elantra better its 7.8 L/100 km city fuel economy rating. And the Toyota’s interior and trunk space are relatively small, and its interior feels the least expensive.

Unfortunately, if you want more than just a comfortable highway ride in your new car, the Corolla is the least inspiring car to drive car in this sextet.

The Toyota’s 1.8-litre four with 132 hp is mid-pack in performance. But its slow-reacting autobox has the least number of gears here, with only four to choose from.

Feedback from the steering wheel is eerily absent, and the sedan lists like a tugboat in stormy waters in sharp turns.

Canadians seem to like the redesigned-for-2011 Jetta. With sales up 181 per cent compared to last year, it was the sixth best selling car in March.

One of the reasons for the Jetta’s newfound popularity is its extra rear legroom over the old model and best-in-class trunk space.

Right behind the Mazda and Chevrolet, the VW offers a European sedan-like balance between a comfortable highway ride and well-controlled handling. But where the VW drops the ball is its price and what’s under its hood.

At $18, 675, the Jetta Trendline+ is the second-most expensive best-seller here, only behind the Mazda3. Yet the Cruze and Hyundai Elantra offer richer materials in their cabins.

The Jetta does offer a modern six-speed automatic. But its aging 2.0-litre four-cylinder engine â€” the only Jetta engine available in this price range â€” is its biggest offence.

It delivers the least performance (only 115 hp) and worst city fuel economy rating (9.6 L/100 km) of this bunch, and sounds like it’s in pain when in use.

As a perennial best-seller, with sales up more than 38 per cent in March, the Civic held onto to its No. 1 sales position. While those sales were based on 2011 models, a thoroughly redesigned 2012 Civic Sedan is at dealerships now.

As a perennial best-seller, with sales up more than 38 per cent in March, the Civic held onto to its No. 1 sales position.

While those sales were based on 2011 models, a thoroughly redesigned 2012 Civic Sedan is at dealerships now.

For good reasons, for 2012, Honda is touting the new Civic’s value pricing and excellent fuel economy. At $17, 490 it’s the least expensive car here. And with a city fuel economy rating of 7.2 L/100 km, only the Elantra is better.

And although its 140 hp 1.8-litre four and five-speed autobox are essentially carryovers, the Honda sits just behind the more powerful Hyundai and Mazda.

There’s a new digital information display. But the 2012 Civics continue with their love-or-hate bi-level instrumentation. Unfortunately, soft-feel plastics are still hard to come by. And in regards to passenger and trunk volumes, the Civic is average.

Despite a slightly softer ride and slower steering ratio compared to last year, the 2012 Civic Sedan still offers a nice balance between ride and handling.

But the Mazda3 is more fun to drive, and the Cruze and Elantra are quieter and more composed at highway speeds.

At times the best-selling car in Canada last year, with sales now off almost 48 per cent, the Mazda3 slid to fifth-place in sales in March.

With fuel prices high again, the Mazda’s ho-hum 8.7 L/100 km city rating hasn’t helped. Nor has the Mazda3 GS’s $19, 390 price, which makes it the most expensive best-seller here. And although its passenger volume is only less than the roomier Hyundai, its trunk space only betters the Toyota.

Marketed as a budget BMW, it’s no surprise the Mazda scored firsts in steering, handling and performance. Plus its driving position and cabin controls are spot on and easy to use. And its 2.0-litre four ties the Hyundai for most horsepower (148 hp) yet offers the most torque (135 lbs.-ft.).

The only downside to the Mazda3 GS’s overtly sporty driving character is extra road noise at highway speeds compared to the near-silent Cruze. But overall, if you like to drive, it’s a compromise you won’t regret.

Less than one year after replacing the Cobalt, Chevrolet’s Cruze sat just behind the more established Civic and Corolla in sales in Canada in March. And that overnight success is warranted.

The Asian-designed, U.S.-made Chevrolet compact offers one of the roomiest and luxurious interiors in this group, with quality materials and excellent fit and finish. Only the more capacious Jetta betters its trunk space. And at $18, 200, only the Civic is less to buy.

More surprisingly, only the Mazda and VW are better when it comes to meshing sporty handling, lively steering and a comfortable, quiet highway ride.
But like the Jetta’s main vices, what prevented the Chevy from grabbing first place from the Hyundai was its relatively weak powerplant and city fuel economy rating.

The Cruze LS comes with a 1.8-litre four with 136 hp, but only 123 lbs.-ft. of torque. But because the Cruze is one of the heaviest cars in this group, the mill always feels strained, and even with six gears to use, it scores a second-worst 9.2 L/100 km in the city.

what teaching jobs are in demand how start up a conversation how much business class emirates how much develop an app which design principle is shown in the illustration how many startup fails in india which product requires an appraisal how much products in amazon what device on a resuscitation bag mask how solutions are saturated how technological evolution takes place who solution for covid 19 where business intelligence is used how much solutions are there where design thinking is used solution where concentration when manager says thanks what device on a resuscitation bag mask how many technology companies are there in the world how much teaching course at unisa when tech mahindra started where startup folder windows 10 which london airport is closest to heathrow why engineering is important how long teaching certificate where device link is used what is the solution process how much london visa cost where to study technology entrepreneur who are successful how many business days in 2022 how many device can use hulu how much tech sales make how project managers stay organized who makes this product why startup repair windows 7 which manufacturer of losartan is recalled how technology affects our lives who system where to manage icloud storage how design magazine how many miles is 5166 steps how many startups make it why device is not compatible how often to use newa device who system of government who devised the contract with america where science fails where is liverpool manager from where is anthony from project runway why startup india where is leeds manager from how long startup who london jobs how many startups registered in india which london airport is closer to the city when design takes flight what products have titanium dioxide why device drivers are used how much product to use on face who design the eiffel tower why science is the best subject where system earthing is employed how much project engineer make how much teaching should a hlta do who science council where is temple from design star when system ui has stopped where does technology comes from what tech stocks to buy which business degree is best what product is good for frizzy hair how many solution calculator whose business number is this how far machine learning what management style am i where product definition how much design for architect whom company who project in ku what two things must you check before using any equipment how products are classified who technology transfer ppt when startup season 4 who studies science why startup interview questions how many science credits are required to graduate whose forest solution when project runway 2022 how much technology is used in schools where to find system configuration where science meets art jira roadmap which version why solutions are so important for us how device drivers work where to manufacture my product why workers shortage how many teaching jobs should i apply for which company was responsible for love canal which tech companies are hiring which science major is the easiest which project management software is best equipment where used what startup costs are deductible how far will technology advance who teaching meaning in urdu how entrepreneur start a business whose science is it anyway when system has no solution how many teaching hospitals in the us why manufacturing execution system which product requires an appraisal why startups fail summary which solution is the most concentrated where is hipyo tech from why road map who company owns tgif restaurant who project manager
Source: www.wheels.ca