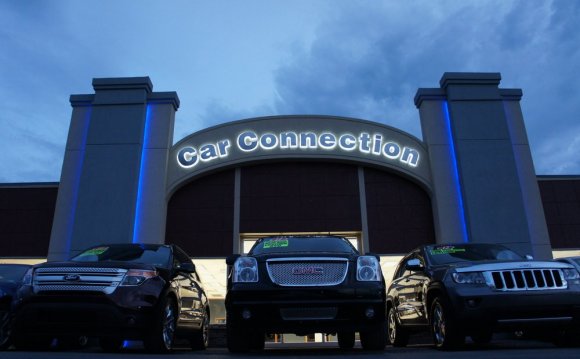 Ford's best-selling SUV gets a mid-cycle update for the 2017 model year, adding new technologies, two new engines, a start/stop function, and a new look inside and out.

New front- and rear-end styling are part of the revamp, but the more important changes come under the hood. The base 2.5-liter four-cylinder engine is carried over, but mid-range Escapes now offer a 1.5-liter turbocharged four (in place of a 1.6-liter unit) or a new 2.0-liter turbocharged four-cylinder. Power output should be about 175 horsepower for the smaller turbocharger four, and about 245 hp for the 2.0-liter version. Fuel economy should see some improvement, since both will come with start/stop technology, and handling should improve with new springs and shocks.

The interior is only slightly changed, with some new features such as fast-charging USB ports, updated climate and steering-wheel controls, and an electronic parking brake—but Ford says the addition of more soundproofing should make the Escape a quieter place to be.

New safety equipment will include forward-collision warnings with automatic braking, parking assistance, and lane-departure and lane-keeping assistance. However, the Escape's styling changes may not be enough to improve its "Poor" rating on the Insurance Institute for Highway Safety's (IIHS) latest small overlap front crash test.

The 2017 Ford Escape will hit dealer lots in late spring or early summer 2016.

When it was first introduced in 2001, it picked up on the compact-crossover trend that was just emerging and almost instantly became one of Ford's best-selling vehicles. The Toyota RAV4 had started the niche, and was followed soon by the Honda CR-V. The Escape would join them as one of the most popular vehicles in the segment, with sales even increasing as the extended first generation aged.

That first Escape made good use of space in a small package thanks to its tall and squared-off profile, accommodating passengers and cargo nicely. It also offered the smallest amount of off-road capability thanks to its ground clearance and available all-wheel drive. The carlike ride and handling were a product of it sharing some underpinnings with the Mazda 626, and it continued as a comfortable small-crossover option through eleven years on sale, with updates including revised sheet metal for 2004 and larger upgrades for 2007.

The first Escape was a good choice for those who needed compactness and maneuverability yet wanted impressive safety and a flexible, spacious interior. Its original base engine was a 2.0-liter four-cylinder, making 130 hp. It was underpowered, coarse and unrefined. In 2005, this engine was replaced with a 2.3-liter making 153 hp—enough to power the Escape confidently enough, provided you don't carry a heavy load or need to pass quickly on the highway. The 200-hp, 3.0-liter V-6 that was available gave the Escape a very different character. It's worth noting that real-world fuel economy in four-cylinder versions of the Escape often didn't prove to be much better than that of V-6 Escapes.

Through 2007, interior materials on all but the top Limited model were quite inferior to those of other vehicles in the Escape's class. The substantial refresh given to the model for 2008 fixed that, bringing upgraded materials throughout. At that time, the Escape also received new powertrains, including a 240-hp version of the 3.0-liter V-6 and a new 171-hp, 2.5-liter base four-cylinder engine. By 2010, its entertainment offerings were upgraded to include SYNC, Ford's voice-driven controller for phone, audio, and navigation systems.

Throughout its first generation, the Escape earned mostly good scores for safety. The most noteworthy exception is for 2001-2007 models without the optional side airbags, and frontal performance for 2001-2004 models. In the IIHS's new roof-strength test, which came in late in the first generation, the Escape got a mediocre "Marginal" score that kept it from getting the Top Safety Pick. The National Highway Traffic Safety Administration (NHTSA) did not re-score the Escape after it changed its testing criteria for the 2011 model year.

Ford sold an Escape Hybrid from 2004 through 2012. Like other early Ford hybrids, the Escape used a system very similar to Toyota's Hybrid Synergy Drive, combining an Atkinson-cycle four-cylinder engine with electric motors in a unique transmission and a large battery pack. All-wheel drive was available, with about half of hybrid customers opting for it. The hybridized Escape was rated at 34 mpg city and 31 mpg highway. Many politicians chose to drive the Escape Hybrid as a way to drive a green American car.

The Escape also spawned the Mercury Mariner and the Mazda Tribute, both of which also offered hybrid variants at one time. Both were discontinued in the 2011 model year.

For the 2013 model year, a brand-new Escape was introduced. The launch of the 2013 Escape wasn't an easy one, with a number of high-profile recalls that happened in the new model's first few months on the market. For the larger recall, more than 70, 000 2013 Escapes sold in the U.S. with the 1.6-liter four were recalled for overheating that could result in a fire risk. Two of the first few recalls were linked to its optional 1.6-liter EcoBoost turbocharged four-cylinder engine.