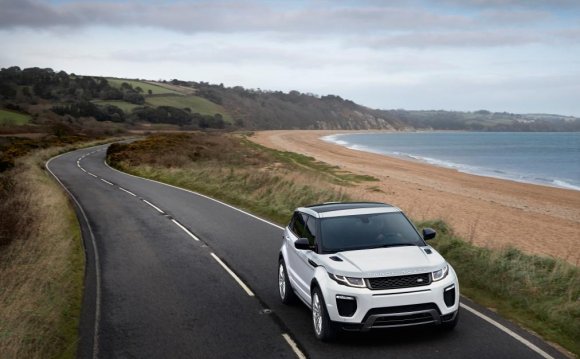 It wasn't exactly the Dakar Rally, but recently I took a new Range Rover Evoque off-roading in Berkshire by accident. The Evoque has an excellent four-wheel-drive system and an off-road pedigree to make a Challenger tank envious, but these "baby" Chelsea Tractors, in my experience, rarely tackle anything more than a muddy gymkhana field.

Despite my flasher-than-necessary wheels (the new 2014 model has some fancy new alloys as well as new badges), my mission was simple. In fact, it shouldn't have included any off-roading at all. All I had to do was take a detour on a trip home via a pretty pub – the Dew Drop Inn, near Hurley – where my grandmother had left her walking stick.

In all seriousness, this is a fantastic, if expensive, car made better by the latest engineering tweaks and a gem of a new gearbox. However, its off-road prowess shouldn't be needed to track down a pub in the Home Counties, and here's a confession: it broke.

For all its glitz, the Evoque let me down when the fancy inbuilt satellite-navigation system seized up 20 miles into my test. Land Rover systems such as this are far from the best on the market, and I was soon blundering around the countryside without a map, looking for a pub that I'd never visited before.

The result is that I became one of those idiot townies who thought I could get down a tiny little track in their great big urban all-terrain tanks. The problem was, with the Evoque, I easily could. It was enjoyable, too, so it was a good mile of mud later before I was forced to admit my error and perform a tricky three-point turn.

This was all very good fun and thankfully I was on a so-called "green lane" so I wasn't breaking any by-laws, but it did make me think that for £41, 000, a trouble-free satnav should be included.

In all fairness, I once took an Evoque down a ski jump in Germany as part of a stunt organised by Land Rover (don't ask). It was great fun and I put my faith (and life) in the hands of the complicated computer running the Terrain Response system. It's just that in Berkshire, a working satnav would have been almost as useful.