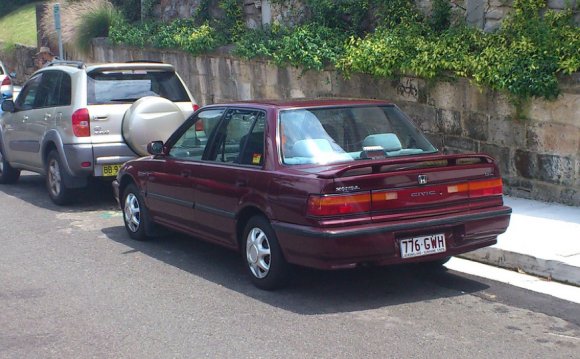 But fire up the engine, and you question the whole “Subaru first” shtick. The standard flat-four and the upgrade flat-six engines now are tethered via new liquid-filled motor mounts that filter out a remarkable amount of vibration. The motor mounts are aided in their quest to tamp down NVH by an acoustical-glass windshield, expanded use of foam-filled frame members, thicker panels, and extensive use of underfloor sound-deadening material. Matting the throttle in the 2.5-liter four-cylinder yields an instant and determined response—and a familiar oversquare soundtrack, if you listen attentively—that feels about on the mark for its rated output of 175 horsepower and 174 lb-ft of torque. The four-banger Legacy’s not quick by any measure, but it doesn’t lack gumption.

Producing 256 horsepower and 247 lb-ft of torque, the 3.6-liter six-cylinder is just as subdued, but it delivers a far more rewarding driving experience. It’s not as if the six-pot transformed the Legacy into a quarter-mile demon (we’ll have test numbers as soon as we can strap on our gear), but the added output is welcome when it comes to navigating the tight, winding switchbacks and uphill sections of roads like California’s Pacific Coast Highway, which is where we drove the Legacy.

We covered the 2015 Legacy’s particulars when it bowed at the 2014 Chicago auto show, but here’s a quick refresher: Underneath the all-new sheetmetal resides a unitized structure with a claimed 43-percent increase in torsional rigidity made possible without significant weight gain by the use of high-strength steel. An aluminum hood helps keep weight in check, and Subaru says active grille shutters, a more steeply raked windshield, and the coupelike roofline contribute to a 10-percent improvement in aerodynamic efficiency. Four-cylinder Legacys come in three trim levels, and each gets its own wheels. The 2.5i receives 17-inch steelies with hubcaps, the 2.5i Premium gets 17-inch aluminum wheels, and the 2.5 Limited rolls on 18-inchers. The six-cylinder 3.6 Limited gets 18-inch aluminum wheels. A rearview camera is now standard on all trims, and in addition to blind-spot detection, lane-change assist, and cross-traffic alert, all Legacys have a seat-mounted under-knee airbag in the front seats that inflates to keep passengers from “submarining” in front collisions. We tested them all—except the latter, thankfully—including the well-calibrated adaptive cruise control that comes bundled with precollision braking and lane-departure warning when you order Subaru’s $1195 EyeSight driver-assist package.

It’s been a few years since our long-term 2010 Legacy departed, and in the interim, we’d forgotten how much space Subaru managed to carve out of the interior in the last redesign. Space is up even more for 2015, increasing to 104.6 cubic feet from 103 in the previous model. Incremental gains are made all around, most noticeably another two inches of width between windowsills. The trunk now swallows an even-steven 15 cubic feet of stuff. Particularly impressive is the clean, logical layout of the navigation and infotainment system. A far cry from the ridiculously fussy touch-screen setup in our long-term Subaru BRZ, the major functions (map, radio, satellite, climate) are on the outer frame of the screen, thoughtfully minimizing the number of screen taps needed to complete any function. Genuine volume and tuning knobs are welcome here, as are the redundant wheel-mounted controls.